Tasmanian Tour, October 17 2021 – October 23, 2021
POSTPONED!
The Tasmanian Tour that was take place from Sunday night October 17, 2021 to Saturday morning October 23, 2021 has been postponed due to border restrictions that will prevent Victorians from entering Tasmania until we have at least 80% of the population fully vaccinated. The tour has been rescheduled for mid-November, 2022. The Function Notice, Itinerary and Online Booking Form for the cancelled two remain in place (buttons below) for those who would like further information. The itinerary for the rescheduled tour will be as close as possible to that of the 2021 tour. Details of the rescheduled 2022 will become available soon.


End of Year Luncheon
Early December: Date and venue to be announced

This event is sold out. It was originally scheduled for June 16 and was totally sold out. There was also a small waiting list. Those who booked for the original dinner had their payments refunded in full and were given the opportunity to rebook (along with those on the waiting list in order of booking) before places were made available for others.

If you wish to be placed on the waiting list, complete the online booking form but don’t pay.  You will be notified if a place becomes available and payment will be requested if you are able to attend.

The French Influence on Australian Wines

Dominique Portet, a 9th generation winemaker, was introduced to wine at Château Lafite-Rothschild, in Médoc, which is  situated in northern Bordeaux, where his father worked as vineyard and winery manager. He trained at Montpellier University of Oenology before taking on a role as wine-buying adviser during compulsory military service. Dominique later worked vintages in the Médoc, Rhône Valley, Provence and with Champagne giant Moët et Chandon, as well as in the Napa Valley at his brother Bernard’s Clos du Val estate.

Since 1976 Dominique has been a pioneer of the renaissance of Australia’s cool-climate wine industry, founding renowned sparkling wine house Taltarni in the Pyrenees and Clover Hill in Tasmania.
In 2000 Dominique embarked on his greatest adventure: the Dominique Portet winery at Coldstream in the Yarra Valley 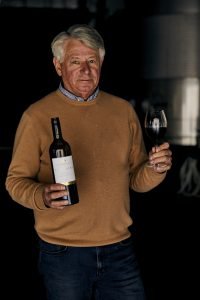 Menu
This website uses cookies to improve your experience. If you continue to use this site, you agree with it.
Ok